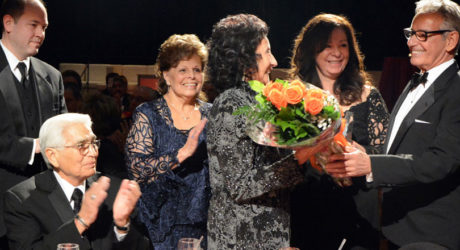 Each year, SDF is working to further our mission to help all Senecas with diabetes and working with community partners like Independent Health, the American Diabetes Association, Kaleida Health, D’Youville…

END_OF_DOCUMENT_TOKEN_TO_BE_REPLACED The Seneca Diabetes Foundation (SDF) has established an endowed scholarship program to benefit young members of the Seneca Nation. The scholarships, ranging from $5,000 annually to $10,000 over the course of…

END_OF_DOCUMENT_TOKEN_TO_BE_REPLACED Through its annual Chairman’s Ball and Golf Classic, funds raised contribute towards the $1.5 million Seneca Diabetes Foundation Endowment at the Women & Children’s Hospital of Buffalo, programs and technology for… The Seneca Diabetes Foundation was formed to raise greater awareness of a disease that affects American Indians more than any other ethnic group.

Years ago, American Indians did not have diabetes. Elders can recall times when people hunted and gathered food for simple meals. People walked a lot.

To address this increasingly challenging health problem within the Seneca Nation, the Seneca Diabetes Foundation has set a goal to raise a minimum of $250,000 in private funds in its first year. Our goal is not to duplicate the critical services already provided through The Seneca Nation Health Department (SNHD). We need to do more.

The Foundation’s mission is to provide education outreach, prevention awareness and fund research to improve the lives of Seneca Nation Members affected by diabetes. To accomplish this we will look to our members and community partners to make life better for those in our Nation who are affected by diabetes and to help prevent it in future generations.

Together, we will make a difference in the fight against diabetes. It is my promise to my people.